34 year old writer and lover of books. Heavy metal is law. Music in general is life. Video games are art. I weirdly enjoy F1 racing. Citizen of the World. 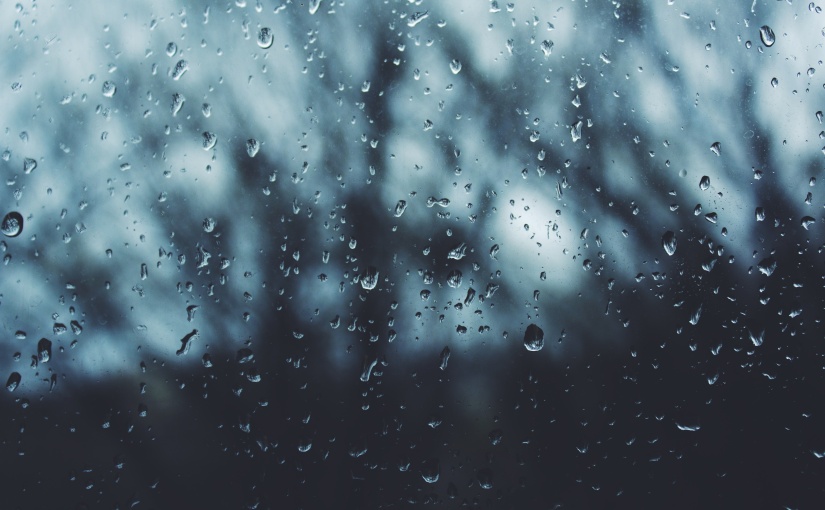 This is a fictional essay inspired by current events. If you are concerned about my mental state, I promise I am doing well. Inspiration strikes in weird ways, and I felt I needed to write this.

TRIGGER WARNING: This essay mentions depression and suicide. If these things have negative impacts on your mental state, please do not continue reading.

In Honor and in memory of all those that gave us something to hold onto in our darkest moments, but could no longer fight for themselves. We miss you.

It is not poetic this morning that the rain is coming down harder than it has all year. It is not romantic or cozy today that even with all the windows wide open, the clouds and the pouring rain aren’t allowing much light to shine through. I imagine this is what my head looks like right now. I want to let all the light and brightness to come in, but something just does not allow it. I would turn to my favorite singer’s voice and lyrics, but it’s too hard.

Last night as I scrolled through my phone, as one does to pass the time these days, I started to see little trickles of news that were less than appealing to me. Also not exactly a shocker at the moment, but it was something harder to believe. This had to be some kind of hoax. He could not be dead. As time passed it was harder to ignore. News agencies all around the world were reporting it now. He died. My heart turned to stone and instantly dropped out of my body.

People take a lot away from teens, and their emotions. They chalk it up to hormones, and body changes, but for some it’s deeper than that and their feelings still go ignored. This is why as a teen I turned to his music. His voice, his melodies, and his powerful words were the stable ground I had to walk on when everything else seemed to be crumbling underneath my feet. As an adult it was still a coping mechanism and the most powerful tool I had in my arsenal.

He died, because he lost his fight with depression. I don’t like to say he committed suicide. The only thing he committed was a life of putting forth strong and powerful music that somehow saved so many lives without him realizing it. The battle with depression is a hard and treacherous one. It deceives even the most pure souls into believing they have nothing left to give to this world. It will make a great day turn to dust in a split second, and you cannot reason with it, you cannot negotiate with it.

I am having a hard time this morning. I am ignoring my medication, which I should never do. I am ignoring all the things I have learned from my therapist about what I should be doing to get myself out of bed and into the day. He has left this big black hole in my soul, and I don’t know how to fill it. Am I worthy to be here if he was not? How many people in the world are feeling the exact same way?

People have been writing online that mourning a rockstar’s death when there are other important things happening in the world is a waste of time. I don’t accept that at all. If people knew or felt a quarter of what some of us feel when we hear a certain song or watch a movie that makes us laugh deeper than we have laughed in ages, they would get it. They would understand that not only do these people deserve to be mourned; they deserve respect, our love, and attention.

That was the moment that it hit me. Maybe he would no longer create music that could bring meaning to my dark days, but all the music he’s already created will always be a part of me. I am doing myself and his memory a disservice by ignoring all the steps forward I have taken, that his music had helped me make in the past.

I get up take my medicine. Give my depression the care and love that any other illness requires and demands.

I put on one of his records and let the words and music roll over me, blanket me in comfort. This is a song like no other, but today it is the mourning song.

Retro video game nerd with a love of nostalgia and all things gaming.