Read up buttercup! #reading #bookshelves #bookstore #lerdevagar #bookstagram #bibliophile
My @yoshibags purse arrived and I am so happy! It’s such amazing quality and anyone who knows me, knows this design is on brand! #bookdragon #booknerdigans #bibliophile #bookstagram
🎄CHRISTMAS CAME EARLY THIS YEAR 🎄 . . Don’t miss out on reading Sherlock Holmes and the Christmas Demon by James Lovegrove! OUT TODAY!! Thank you @titanbooks . . #booknerdigan #christmas🎄 #sherlockholmes #bibliophile #bibliophiles #titanbooks
🐾💀’tis the season for creepy reads!! . . What are some of the creepy books you’re reading this month?! . . #creepyreads #stephenking #petsematary #blackcat #currentlyreading #scarystories #bookstagram #booknerdigan
This beautiful pin from @shemeetscity arrived here today!! So many memories of NYC cuz I grew up in NJ. I love this pin as much as all those memories 🗽🌃❤️ #nyc #newyorkcity #enamelpins #bookstagram #booknerdigan
This book was weird in the best way! Thanks @titanbooks! #booksofinstagram #livro #viseu #bookdragon #bibliophile #bookstagram #bookblogger #bookrecommendations #currentlyreading #readingtime📖 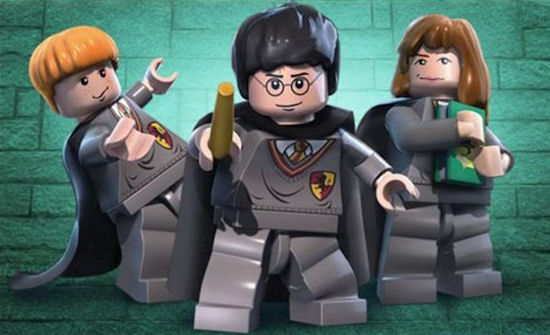 The Lego Harry Potter games were possibly some of my favorites of the Lego Game franchise. It was the first to have a really great open world concept and the games were just done in a beautiful manner. I might be bias here as a Potterhead, but I think a few people out there would agree that these were some fun games. 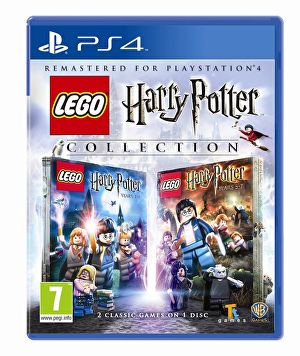 5-7 are being combined into one disc and one collection for the PS4. It will be remastered meaning enhanced graphics, enhanced lighting and visual effects and even some additional content. This new content comes in the form of a new character pack and a new spell pack.

The Lego Harry Potter remastered collection will be released on October 18th this year. Just in time for The Fantastic Beasts and Where to Find Them movie release as well as Christmas.

If you are looking for Fantastic Beasts characters in this Remastered version though then you may be disappointed as you will have to get the story pack that can only be played with The Lego Dimensions game. This is a separate game and disc that is not connected to the Remastered Lego Harry Potter Games. With Lego Dimensions you can have Gandalf jump on the TARDIS, and now you will most likely be able to have the Doctor standing next to Harry Potter. It’s a geek’s dream come true. ( As long as you own the different packs) These are the two Wizarding World packs being released for Lego Dimensions: 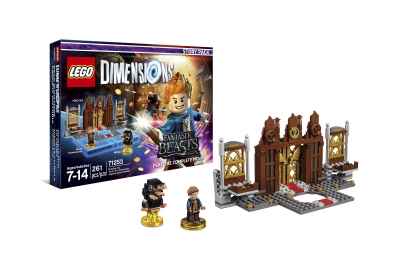 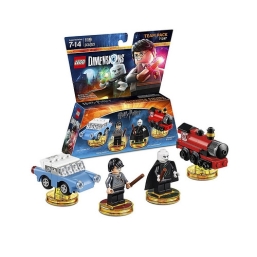 I beat both of the Original Lego Harry Potter games to 100% numerous times, and I am really looking forward to doing it again. This time on my PS4. Currently there is no news about it being released on any other system. If you have never played these games before and you’re a Harry Potter fan, I highly recommend you give it a shot. It’s a whole lot of fun! And also check out the Dimensions game. It’s so wonderfully geeky!!

My Bookish Dream
World of Horror