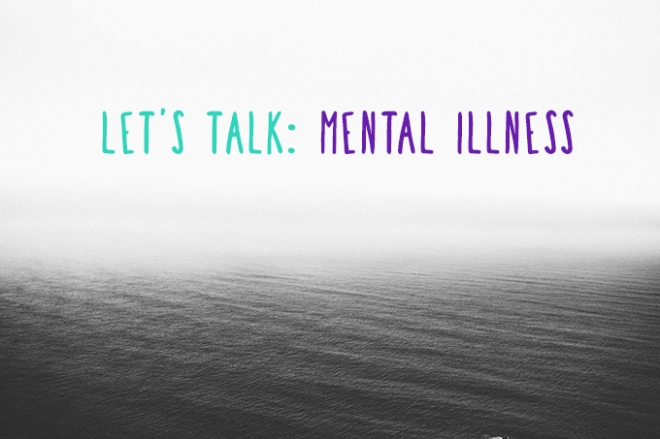 I feel tired all the time.

Anxiety and depression can do that, but having to explain myself a million times also does that. I get tired of getting skeptical looks, and strange waves of anger from people because I don’t and CANNOT fit into their mold of what a sick person looks like. Because I am not running a fever, I cannot be ill. Really there’s so much more bullshit that I have dealt with through out my struggles with anxiety that I felt the need to once again talk about it.

Everyone who deals with mental illness deals with it in their own way, not only that but not everyone will have the same feelings and symptoms even when they deal with the same illness. That’s always something that many people can’t seem to grasp. I cannot tell someone else’s tale of struggle, but I can tell you mine.

I was always a really shy kid. I also cried A LOT. When my parents would say that they would pick me up from say the babysitter at a set time, and they didn’t show up at that exact time, I would instantly start to sweat and I would begin to pace and ask a million questions because my mind was imagining the worst kind of car crashes in the world. At the time most people chalked it up to me being an emotional kid, but looking back I think that was just the beginning of my anxiety. I was definitely always known as the weird quiet child who liked to read. I was never a super talkative person, to this day I am not a talkative person, UNLESS of course I feel comfortable with you.

Let’s get a little darker now. I remember a time when I wasn’t aware that what I was feeling wasn’t just normal anxious feelings. In high school, I was told that I definitely had social anxiety. But it wasn’t until my early twenties, that at some point where I was having trouble breathing, I was crying nonstop for what felt like decades, and I dug my finger nails into my face that I finally realized something was really wrong with me. Since then I have sort of learned to manage it but it isn’t something with a cure. I have my really good days and I have my really bad days. I don’t hurt myself anymore, but I do still deal with panic and anxiety attacks.

The thing is, sometimes my anxiety is exacerbated by all of the negative shit that has been thrown my way in the past or even recently. I talk very openly about my struggles for a number of reasons:

I also do it, because I always get asked weird shit, or talked about in a negative light because people just don’t understand. When I cancel plans with people because the thought of having to be around a group of people or public transportation is just terrifying that day, I don’t need to be told that I am flakey. I am not flakey, I am putting myself and my mental health first. I don’t feel that it is necessary to possibly be alone on a train, having an anxiety attack just to meet up for a drink. That’s not what I will ever do. Many friends stopped inviting me to places in the past, and many people were extremely rude and aggressive about me canceling plans. So when I find someone who understands without missing a beat, I try to hold onto those people. My advice to anyone who has dealt with this is to let go of the ones who tear you down over your struggles, and keep close those who let you take care of yourself first.

Recently someone said that they knew I was trouble when they first met me because I couldn’t look them in the eye when I first met them. This angered me greatly. Not because they don’t like me, not everyone has to like me, I really couldn’t give two flying dicks about that part. It angered me because when I first meet people, I tend to have a hard time making eye contact. Meeting new people causes an alarming amount of stress for me and I have a hard time making eye contact. They took that as me being –I don’t know…some kind of vixen? An evil queen wannabe? Don’t know. It’s just one of the many times someone has misunderstood something about my anxiety and twisted it to make me look bad. It’s not new for me.

When someone has a physical illness everyone is ready to be helpful, supportive, and show empathy. As it should be. I am quite grateful that physically at the moment I am healthy. The thing is that many people don’t see anxiety and depression as a real illness. They seem to think we are all drama queens who can’t get our shit together. I wish I could be that good at acting because I would probably have an Oscar sitting on the mantle of my big ass house on a hilltop in Portugal. I hate when I have a bad moment in front of people I don’t particularly like or trust because I know from experience how they will use that against me. I also hate getting “advice” from people who have never in their lives dealt with anxiety or depression themselves. Stop telling me to do yoga or to drink tea. I’ve done those things and they don’t work for me. Everything you can possibly name, I have tried it. I already have my ways of dealing with it, but again there ISN’T a cure. You get better with time, and then you will still have a few bad days here and there. It’s just how it goes.

None of us want your pity. We want your respect and yes a little bit of empathy would be nice. If I feel so tired that I need a nap, then let me nap. My brain doesn’t function like yours. It spends hours and days sometimes trying to untangle my thoughts, and that in itself is really exhausting. Pretend my brain is running a bunch of marathons through out the week there comes a point where I just can’t take it anymore. I am drained of all energy.  I do not nap on a daily basis, but if there’s someone out there that does and needs it, then let them. This is another one of those moments where we get told that we are being lazy.

So when I am asked why I constantly talk about my anxiety, my response is because people still think I am being rude, lazy, stuck up, or generally awful all because I choose to do certain things to better my mental health or I do them because my anxiety sort of makes me do things that people find strange. I shouldn’t have to constantly explain myself, but because mental illness is still a topic that many people ignore, I HAVE TO explain myself so I can hopefully make a break through with some people.

Know that this is a REAL illness, and millions of people are struggling to move forward every single day. Stop treating us like we are liars and stop telling us to relax. I promise you, it really doesn’t work that way.

My Bookish Dream
World of Horror